CT must break its ‘steady habits’

Connecticut is known as the “Land of Steady Habits” for good reason. 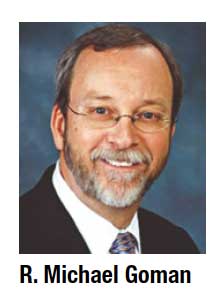 Most of us will agree that economic growth is good but our commitment to it often falters when it means changes in our community. Of course, we’re all familiar with the phrase “Not in my backyard,” meaning that we don’t want things to change in our community.

Opposition to change can be viewed simply as an understandable manifestation of our past success. After all, we’re financially comfort-able and, at least for now, can pay the taxes required to effectively freeze our state in time, preserving the environment we’ve built for ourselves.

Unfortunately, when we’re talking about economies, it’s not realistic to think that it can be held in a

state of stasis. Economies are dynamic, they’re either growing or shrinking, and ours is now shrinking. It’s particularly not good for those of us who have not reached that state of financial security.

By trying to put our economy in neutral, we’re dramatically reducing the likelihood that our young and/or lower-paid workers will be able to participate in the American Dream (a path of up-ward economic mobility).

This is neither fair nor just.

in the state in which they were raised.

In the past 30 years, our generation, having inherited a robust and growing Connecticut economy, has managed to eliminate the growth that fueled the very economic mobility that benefitted us. The Connecticut economy we pass on to our children holds nothing like the promise it had when we inherited it from the previous generation. This is a particularly egregious consequence of putting our economy into neutral.

“By trying to put our economy in neutral, we’re dramatically reducing the likelihood that our young and/or lower-paid workers will be able to participate in the American Dream.”

In enacting our current byzantine system of land-use regulations, our original intent was to simply prevent the most egregious forms of development from despoiling our towns. However, like most regulatory environments, over time this system has expanded to the point where it now prevents or dramatically restricts even relatively small and benign developments.

Today, this system has a chilling effect on investment in Connecticut communities. I have repeatedly witnessed first-hand numerous projects that never made it to the application process once the company understood the time, money and risk involved in trying to get through our land-use regulations.

The impact of our land-use system on our economic future is enormous. Think of the things that we cherish here in Connecticut, or that we recognize as being vital to our economy, and recognize that most of what you’re thinking about could not be built today.

Under the current land-use regulatory environment, neither the Heublein Tower in Simsbury or the Good-speed Opera House in East Haddam would ever get built, nor would Bradley International Airport or our interstate highways and bridges. Any proposal to build another international airport or another interstate highway would be tied up in the process and then in the courts for decades, and yet at the same time, we all recognize the importance of a robust and modern infra-structure to a growing, healthy economy.

It’s important to equate development and changes in our built environment to the economic future of our communities. When a company wants to locate or expand in a town, it’s telling us that its investors have decided to put their capital to work there, and we need to see this as a good thing.

It means jobs, more taxes, expansion of our economy.

So, what does a path forward look like? Can we fix this? We’ll look at that in the coming columns.