Planners on Bikes Getting Coffee

Planners on Bikes Getting Coffee 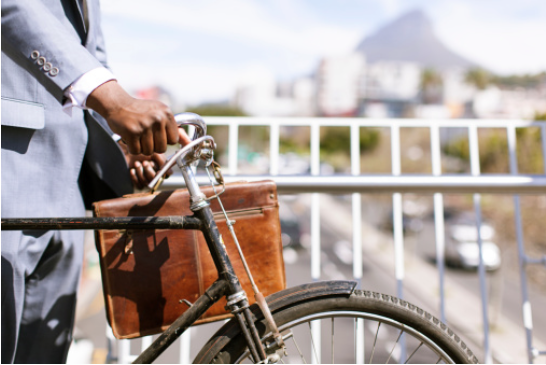 A nice thought from our Northern neighbors

We’re talking Canada. Last weekend Jason Thorne, the General Manager of Planning and Economic Development at the City of Hamilton (say that ten times fast), tweeted out a lighthearted response to Jerry Seinfeld’s comedy skits Comedians In Cars Getting Coffee, saying he was going to do a spin-off called Planners on Bikes Getting Coffee. The idea came as he and Andrea Bourrie, Chief Planner of the City of Barrie, met over coffee, each having ridden their bike to the meeting. His fun play on ideas got such a tremendous response that he is reconsidering whether he should actually make his idea happen.

And why not? Bike transit has become increasingly popular. City planners and transportation officials are putting more time and resources toward increasing access to bike mobility and public transportation. Thorne’s idea seems like a great way to shine positive light on cool transportation developments happening in our towns. Here in New England we have great projects currently underway that support two-wheeled transit. Bloomfield Connecticut (who Goman + York are proud to have as a client) recently announced that they are teaming up with the town of Simsbury to develop a new multi-use trail beginning in Bloomfield, continuing north along State Route 189 and ending in Tariffville Village. South of Bloomfield, Doug Hausladen, Director of Transportation, Traffic and Parking in New Haven is a strong advocate of bicycles, and has done tremendous work increasing bike mobility and access in Elm City.

Now that the weather is nice, why not take this idea for a spin?

“When I got my bike, I must have been the
happiest boy in Liverpool, maybe the world.”
-John Lennon