Today’s young talent is on the move

On Campus at Goodwin College – An Interview with Brooke Penders

Today’s young talent is on the move 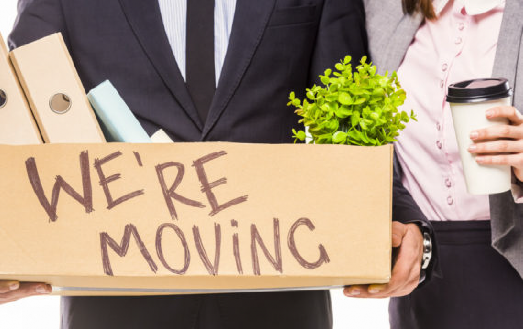 Capturing young talent is an ongoing conversation as cities and towns work to build economic success and sustainability. Young professionals have historically been more mobile (willing to move) than older workers. Today, some data has found this movement heading into cities where jobs and amenities provide young workers a high quality of life with more opportunities to participate in cultural, entertainment and social engagements. Major companies are in tune with this trend and some have chosen to try to attract talent by moving to downtown areas as well.

City Observatory has been tracking this movement since 2012 and found that the concentration of 25-34 year olds with four-year degrees has increased tremendously in major urban city-centers, growing almost five times faster than the overall population in study cities 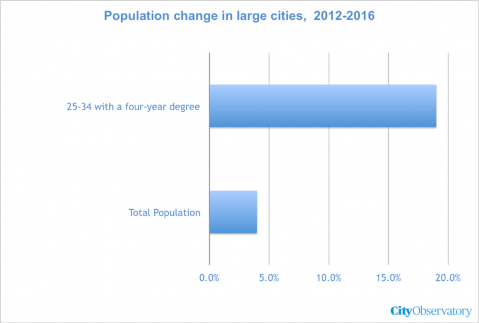 While there are certainly challenges to consider when reading data like this (suburban growth is not considered, and city limits can be defined differently by different states, for example, and may include more suburban-type areas in sprawling cities like Phoenix), this article from City Observatory provides great insight into the movement of young, educated adults in our country. Did you know that since 2012, Hartford is second only to Detroit in the percentage increase of the educated 25-34 year old cohort? Connecticut’s capitol city added an estimated 2,175 people for an increase of 58%, according to the City Observatory data.

Another challenge is that this age demographic is changing rapidly as well, the number of 25-34 year olds has also grown (see page 10-12 of this Census report), which can make interpreting data such as this more complex.

As mentioned, this population sector is highly mobile, Capturing talent is only one part of the conversation. Retaining it is another and comes with its own set of challenges and strategies. Be on the lookout for that newsletter!

“Cities have the capability of providing something for everybody, only because, and only when, they are created by everybody.”

– Jane Jacobs, The Death and Life of Great American Cities”